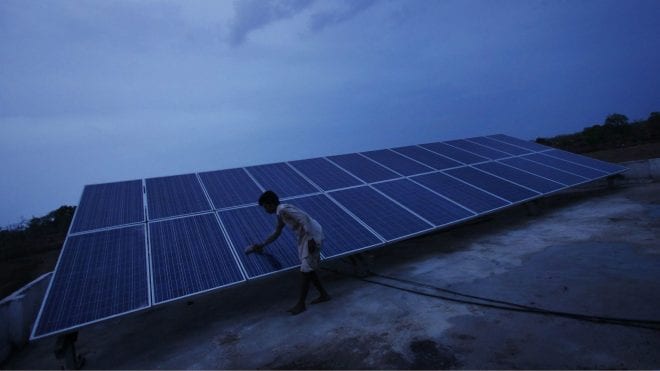 The solar revolution on India’s rooftops is gaining momentum.

The country added more rooftop solar power capacity in the last financial year than in the previous four years combined, making it the fastest-growing segment in the country’s clean energy space. During the financial year 2017, some 715 megawatts (MW) of systems were added, up from 227 MW in the previous year, taking the country’s total installed capacity to 1.3 gigawatts (GW, 1 GW = 1,000 MW) according to a report (pdf) by Bloomberg New Energy Finance (BNEF). By 2022, the report estimates that the country will have around 9.5 GW of rooftop solar capacity—but that is still substantially short of the Narendra Modi government’s target of 40 GW.

This has happened largely because rooftop solar power is now cheaper than commercial and industrial power in all major Indian states, according to BNEF. Besides, costs have halved over the last five years. Overall, because of increased competition and low solar panel prices, setting up rooftop systems has become cheaper than the global average by between 39% and 50% in India.

“If a mall is purchasing power from (a) grid at Rs8-9 (per unit)…going by (the) rooftop model, the power cost will be half of that. So it is a viable proposition,” Gautam Bafna, an analyst at CARE Ratings who tracks the renewables sector, told Quartz.

Government incentives and policies to push rooftop solar installations have also contributed to the growth over the last year, Bafna added. For instance, the government has held auctions to have companies set up over 1 GW of rooftop projects in the first nine months of 2017.

Meanwhile, the size of installations is getting bigger as well. The average size of a rooftop system has increased from 250 kilowatts (kW) in 2015 to 855 kW in 2018, according to BNEF. This is due to better utilisation of rooftop space and consumers’ willingness to use power generated from their own buildings rather than purchase the power from elsewhere, the report said.

This Article was taken from Quartz India 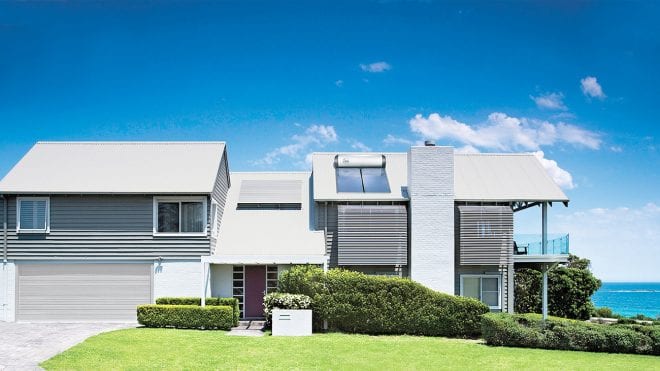 Rheem Stellar® is synonymous with the best in gas hot water providing superior energy efficiency and hot water recovery. For 20 years, hundreds of thousands of Australian families have appreciated Stellar’s high performance ability to service many showers at once.

A Rheem solar hot water or heat pump system are both excellent environmental and financial investments. They can significantly reduce

The Federal Government solar incentives can reduce your initial investment making a Rheem solar hot water or heat pump system not only a good choice for the environment but also for your pocket. Ask your local Rheem Solar Specialist how much you will save.

Check the Rheem product list for Solar That Saves